The tale of two Dennises began when the actor heard from a local news report that a black rescue cat, also named Dennis Quaid, was resident in an animal shelter in Virginia and in need of a loving home.

Quaid (the man), who also happens to be a co-host of pet-themed podcast “The Pet Show,” said he couldn’t resist adopting the six-year-old cat from the Lynchburg Humane Society.
“It was really off the wall but we couldn’t resist,” he said, adding: “I’m out to save all the Dennis Quaids of the world.”

Quaid and his team contacted the shelter to ask about adopting the cat — but at first the shelter couldn’t quite believe what was happening.

“We reached out to the shelter. It took us a while for them to actually believe us,” revealed Jimmy Jellinek, co-host of “The Pet Show.”

“We all thought it was a prank,” laughed Danielle Ulmer, adoption center manager for the shelter. “We were like there is NO way Dennis Quaid heard about a cat from a little town in Virginia. I immediately started Googling all the information about their podcast to see if it was legit or not and when everything seemed to check out I was like well if it is real this will be the coolest thing to ever happen and if not we can at least laugh about it. We have been naming pets after celebrities and characters for a while and this is the first time one of their namesakes has ever reached out to us.”

Once the actor had convinced shelter staff he was serious about the adoption, he “met” cat Dennis over Zoom. Jellinek flew to Virginia to collect the new adoptee. “Jimmy will be quarantining with Dennis the cat for a week or two since he had to travel, but after that Dennis and Dennis will finally meet in person!” Ulmer said. 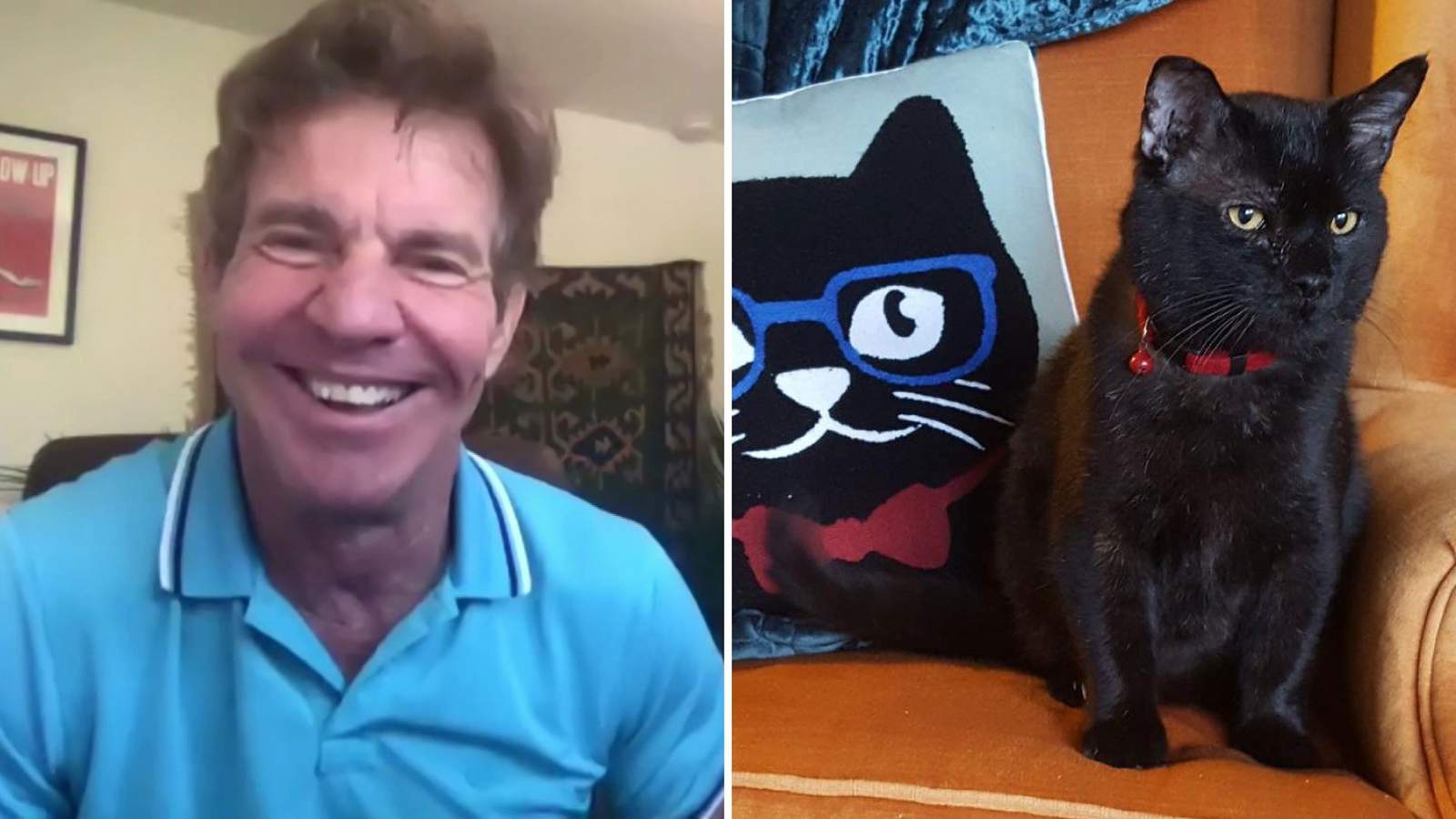