A 7-month-old kitten named Juicebox could have lost all nine of his lives when his family’s dog attacked him. Instead, he was saved by some innovative veterinarians and a handful of plastic buttons.

Juicebox was brought to Angell Animal Medical Center in Boston after a playtime with his canine sibling got out of hand. The kitten had a broken jaw as well as serious facial lacerations, which the veterinarians at Angell repaired in a remarkably original way, using four colorful buttons.

“The buttons are attached to wires on both sides of his cheeks. And the buttons hold the sutures in place. But they also hold the jaw in place, so it tracks while he heals,” said Rob Halpin, spokesman for the Massachusetts Society for the Prevention of Cruelty to Animals.

“It’s a fairly novel procedure, and it works really well. And then you end up with a cat that looks adorable while he’s healing.”

Juicebox will probably get his buttons removed next week, and Halpin says he is already showing his playful side to his foster family.

“He’s very social. He’s very confident. And you know, he acts no worse for wear,” he said. “Younger animals tend to heal a little bit quicker, just like younger humans do.”

The lucky kitten will need to find a new, dog-free forever family once he has healed. More than 150 families have lined up to adopt him. 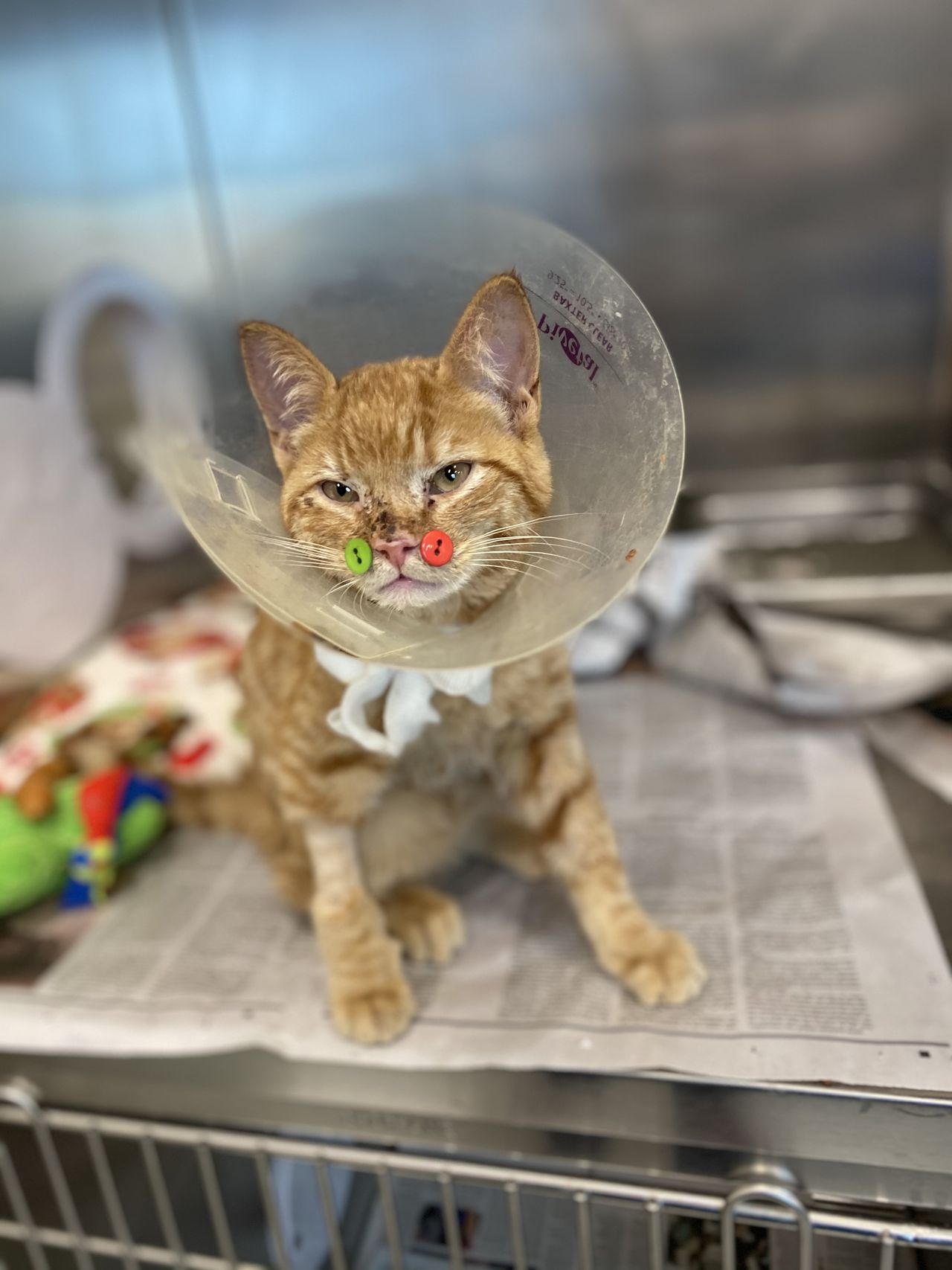 Not to be confused with…. 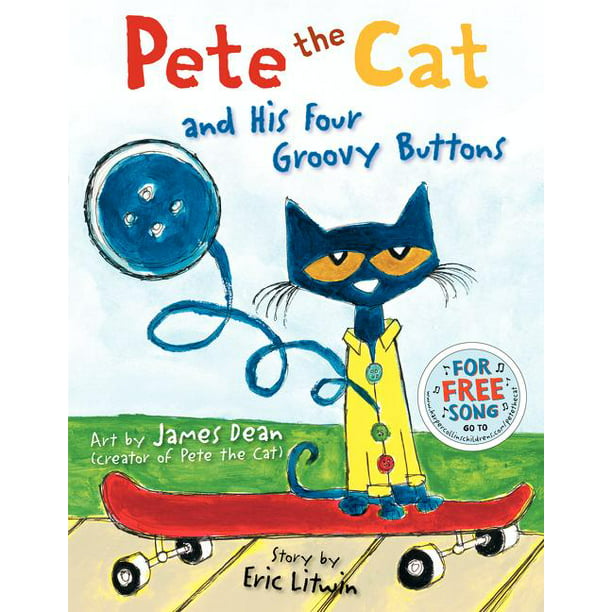 4 thoughts on “Ginger Tabby’s Face is Buttoned Up”