After four years at Harvard, Remy the cat has had pretty much the full Harvard experience. “He has been in student dorms, at parties, attended lectures, and taken photos with tourists in Harvard Yard,” says his owner, Cambridge resident Sarah Watton.

The 4-year-old orange tabby even has a Facebook page started by friends at the Barker Center that boasts more than 1,000 followers.

So when Remy went missing for a few weeks, Watton’s appeal online struck a chord on campus.

“Hi, I’m Remy’s owner and am writing to find out whether anyone has seen him recently?” Watton posted on Aug. 28. “We miss him and are worried he is hurt or has strayed too far.” 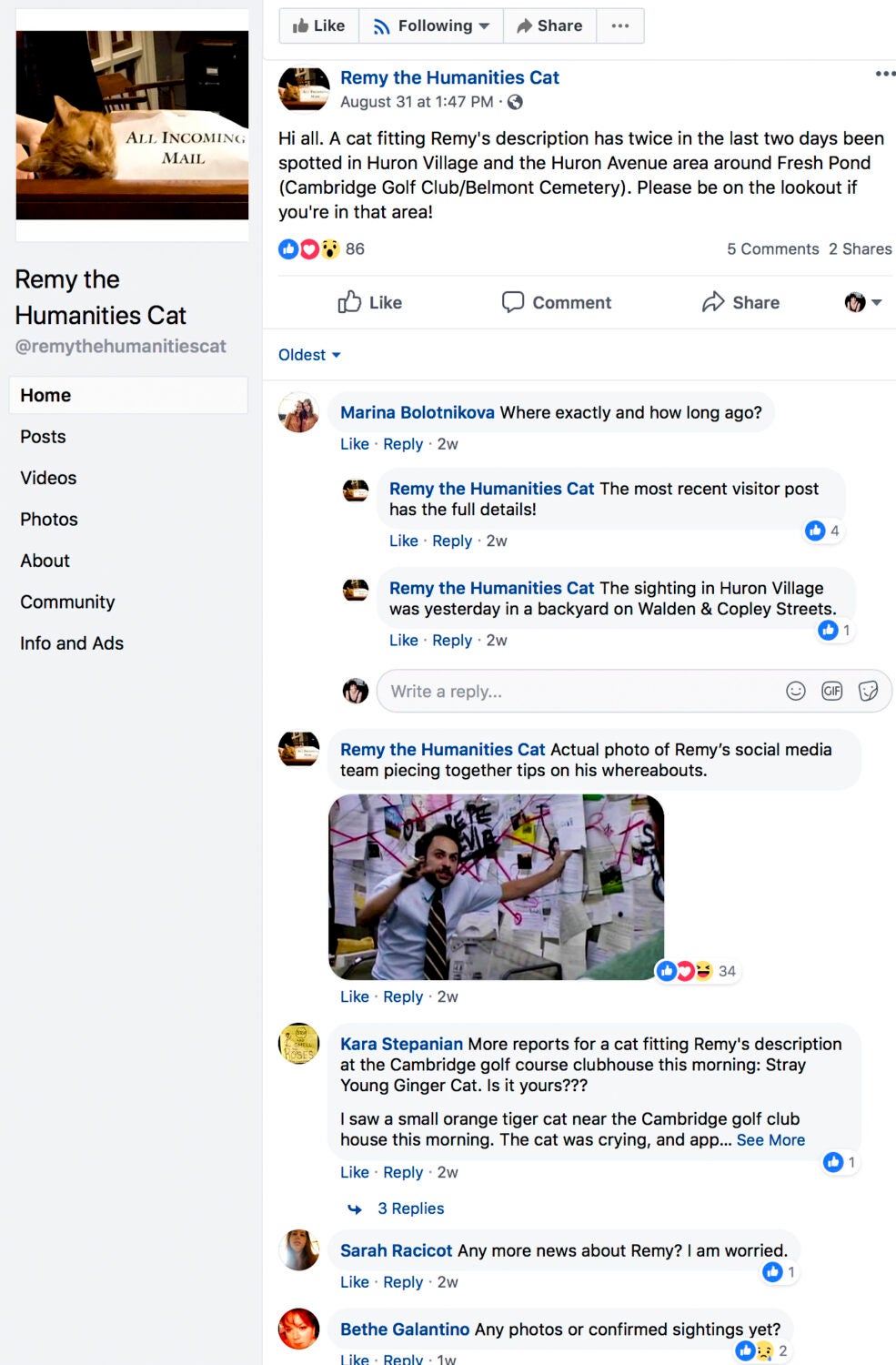 Responses poured in: “I saw him a week ago, Monday, in Pierce”; “My friend thinks he saw him near the Div. School”; “Oh no, I’ll be on the lookout.”

Remy’s Facebook page administrator, Jessica Shires, writes: “The Harvard Alumni page once posted an old Crimson article about a cat who was ‘Guardian of the Yard’ around the turn of the 20th century and someone tagged us in the comments. I think everyone was in agreement that it’s a title that Remy would surely carry.”

Jessica Shires, department administrator in Harvard’s History and Literature Department, said that when she started the Facebook page “Remy the Humanities Cat” with a couple of colleagues, she was surprised to learn how many fans the feline had made in his travels.

“Little did I know how far his visits spread across campus,” Shires said. “Occasionally I’m reminded by Law School, STEM, and museum friends of Remy that he’s not just a humanities cat. I suppose now I’d probably be more inclined to call him ‘Remy the Interdisciplinary Cat.’” 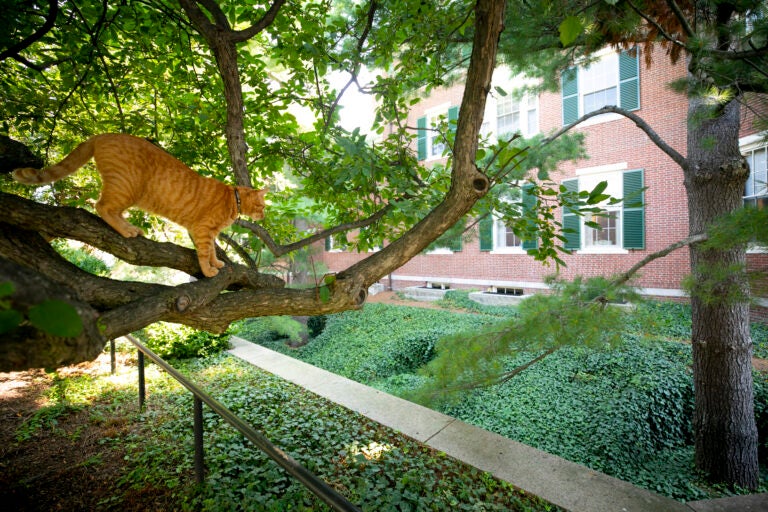 Remy’s owners have known about his double life at Harvard for years now through the many phone calls they receive — up to 10 a day, as late as 2 a.m. — from across campus. “We have picked him up from numerous Harvard buildings over the years,” Watton says.

At their home on Sacramento Street, nearly a mile from the Barker Center, Watton, her husband, Rick Sullivan, and their boys, Jack, 11, and Will, 6, say their pet’s penchant to wander started young. They initially tried walking him on a leash but by the time he turned 1, they gave up trying to stop his excursions.

Remy’s recent weeks-long romp did get him grounded, but his paws are back on the streets, to the delight of his Facebook followers and Harvard buddies.

Watton says the family has often used the Facebook page to track their pet’s whereabouts. “We really appreciate Remy’s community and the love and happiness he spreads wherever he goes!”

If Remy were a scholar at Harvard, he’d study anthropology because he is so curious about humans, says Jack. Will disagrees: “He’d study drama … He should be in movies!” 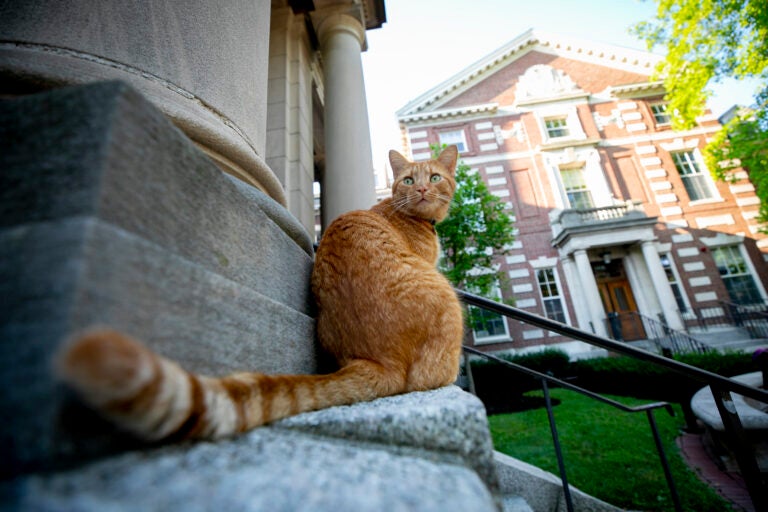